This page contains notices and news of events, publications, deaths, programs, and more. The items are listed in chronological order (most recent on top). Use the Archive and Categories indexes to the right to select just the postings you wish to see. Or Search this page for the item you want. Click on a title under Recent Posts (to the right) to open a window and leave a comment.

Go to the Help menu if you need tips on how to use the Interchange website. Select Home from the menu to return to this page. 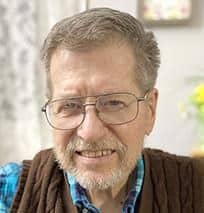 Paul was born April 14, 1941 in St. Paul, MN. After finishing high school in St. Paul, he went to university with his love for stars which is why he pushed to become an astronaut. After realizing that this was not his path he was given the opportunity to become a priest, but due to his longing and love for travel he ended up becoming an ordained Maryknoll missionary in 1969. He was sent to Bolivia where he learned Spanish and later Aymara because he needed to communicate with the rural people of Achacachi. Until his departure in 1977. He returned to the USA to continue his mission in the state of MN, then he traveled to different countries with the means of communication and seeking justice for their people. Until 1990 when he went back to Bolivia cochabamba. Where he inspired the women of Achacachi to have a voice, helped stabilize families and helped the youth to seek and reach their dreams. He also helped build a church and homes. In 1996 he married Rebeca who became his companion while serving the people. They chose to live in simplicity and had 3 children, returned to the USA in 2012 where he lived happily until he passed away. Mass of Christian Burial will be Tuesday, January 24, 2023 at 11:00 AM at Church of St. Casimir, visitation will begin at 10:00 AM. 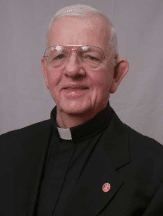 The Society obituary for Phil will soon be available on the Maryknoll Mission Archives website under Biographies > Deceased Fathers and Brothers.

Rev. Edward J. Whelan, Class of 1961,  passed away yesterday, January 16, 2023, in the Assisted Living Unit at Maryknoll, New York.  Father Whelan was 88 years old and a Maryknoll priest for 61 years.

The Society obituary for Ed is now available on the Maryknoll Mission Archives website under Biographies > Deceased Fathers and Brothers.

My Michael went back to God surrounded by the love of family and friends. Thank you for all your loving words of sympathy and support. The calls and texts and messages of condolence have been very comforting and appreciated! Please know your loving messages are read and re-read and will be treasured eternally! Kiss your hearts!

Mike’s earthly vessel has been cremated and will be interred at a later date. Mike requested that on his passing he would ask that he would be remembered with an act of kindness. During our last precious days together, we talked about everything…we concluded that the Winter / Christmas Season was a time of hope and light for many faiths…. No matter your beliefs please remember Mike as a great believer in the authentic goodness of people and the hope of peace on earth for all!!

Mike’s 79 years of life was one of service. Born in Vermont he was educated for 9 years by Maryknoll and at 27 he left his family for ten years and served the people of Africa as a priest and then the students of Simi Valley for 23 years! He ministered to so many people along his journey of 79 years who needed his listening ear, his smile, and his loving reassurance. He was dedicated to his family, his 42-year marriage and loved a thoughtful conversation. He was a life-long learner and was fascinated about learning new things: psychology, languages, philosophy, science, always studying different ideas. Always a person of great faith and one who respected and appreciated all religions. In his last days he and Teddy [see photo] spent hours on the patio meditating, enjoying the garden and listening to Tibetan bells. He would look up how to say something in a different language and then practice it out loud!! He loved music and I would smile listening to him sing to Teddy while both of them enjoyed the sun!

My dear Michael lived each day with purpose and great love! xo His favorite verse that he learned as a child was 1 Corinthians:

Blessings to you and yours as we celebrate this Season of Hope and Love….

John Quinn Weitzel was born on May 10, 1928, in Chicago, Illinois, the son of Carl J. and Patricia Quinn Weitzel, one of four children. He attended St. Francis Xavier Elementary School in LaGrange, Illinois, and St. Luke’s Elementary School in River Forest, Illinois. He attended Fenwick High School, Oak Park, Illinois, before entering Maryknoll in his junior year of high school at Quigley Preparatory Seminary, Chicago, in September 1944. He also attended Maryknoll Venard Apostolic College, Clarks Summit, Pennsylvania as well as Maryknoll Seminary, Ossining, New York where he earned a Bachelor of Arts degree in Philosophy and a Master of Religious Education degree.

Father Weitzel was an elected delegate from the United States Region to the Sixth General Chapter in 1972, during which he was elected to the General Council as an Assistant General. In 1979 he was assigned to Western Samoa.

Father Weitzel was consecrated as the first Bishop of the newly formed Diocese of Samoa-Pago Pago on October 29, 1986. In 1994 he completed the construction of the Cathedral of the Holy Family, which was dedicated on June 10, 1995. It is interesting that the Bishop was called to the Lord on the feast of the Holy Family in 2022. He served as Bishop of Pago Pago for 10 years after his 75th birthday at the request of the Holy Father.

Bishop Weitzel, known as “Monsiniolo Kuini” in Pago Pago, sent his seminarians for theological studies to Mt. Angel Seminary in Oregon. He also sent several of his lay leaders to the United States for extended studies in preparation for ordination to the permanent Deaconate. In August of 2022 one of the priests he ordained in 2003 (Kolio Etuale) was named Coadjutor Bishop, with the right of succession, to the current Bishop of Pago Pago.

In December 2013 Bishop Weitzel retired as Bishop of Samoa-Pago Pago Diocese and took up residence at the Maryknoll Residence in Los Altos, California.

Bishop Weitzel was assigned to the Senior Missioner Community in February of 2019 with residence at the Society Center, Maryknoll, New York.

Wake services were held on January 4, 2023 in the Holy Spirit Chapel and the Queen of Apostles Chapel at the Maryknoll Society Center. Mass of Christian Burial followed at 11:00 a.m. and was concelebrated in the Queen of Apostles Chapel. Father Kevin Hanlon was the Celebrant and homilist. Father Alfonso Kim read the biography and Brother Brendan Corkery read the Oath. Burial followed in the family plot in the Chicago area. 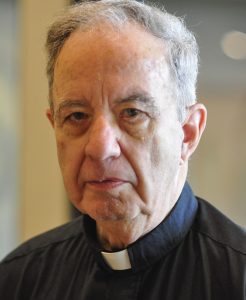 According to this report from the Tennessee Register, 5 February 2021, Fr. David Gaffny has retired and moved to Ohio. No current postal address is available.

Father David Gaffny, the administrator of St. Francis of Assisi Parish in Dover, TN, who turned 90 on Dec. 12, 2020, has retired.

Father Gaffny has moved to Ohio to be close to his daughter, said Deacon Hans Toecker, the director of pastoral and clergy support for the Diocese of Nashville.

Father Kevin Dowling, a retired priest of the diocese, will celebrate Mass at St. Francis of Assisi, with help from the priests at Immaculate Conception Church in Clarksville as needed, until the parish is assigned a priest on a permanent basis, Deacon Toecker said.

Father Gaffny served as administrator of St. Francis of Assisi for 14 years, including several years when he also served as pastor of Immaculate Conception Church.

Father Gaffny was ordained in 1957 as a priest for the Catholic Foreign Mission Society of America, better known as the Maryknolls, fulfilling a dream he had since childhood to be a missionary, bringing the name of Jesus to people.

The priesthood, he said in 2017, “is a grace given freely by God, not deserved. God chooses each one of us for specific purposes, all to do with service to others. When he gives us a gift … it comes with a responsibility. So we have to use it.”

Father Gaffny served as a missionary in Chile for 12 years. While there, he met and fell in love with the woman who would later become his wife.

He received a papal dispensation from his vow of celibacy and gave up his public ministry as a priest in 1969. He married Leonor and brought her and her two children to the United States. For the next 30 years, he worked for several social service and government agencies, ending his career working for the U.S. Department of Education in Cleveland, Ohio.

Along the way, he and his wife were heavily involved in the parishes where they belonged, serving as catechists and leading marriage preparation retreats in Spanish.

After retiring in 2000, he and his wife moved to Nashville to be close to their oldest daughter, Father Gaffny said. As he had elsewhere, Father Gaffny got involved at his parish, this time St. Joseph in Madison where he taught adult formation classes.

After his wife died in 2001, he considered his future for several months and decided to return to the priesthood.

“I thought to myself in a way I would feel comfortable there, but also that’s where I could do the most good,” Father Gaffny said in 2017.

His faculties as a priest were formally restored at the Holy Thursday Mass in 2005 at St. Joseph. “I went from the back pew to the altar,” he said.

In the Diocese of Nashville, Father Gaffny served as associate pastor at St. Joseph, as well as administrator at St. Francis of Assisi and pastor of Immaculate Conception. 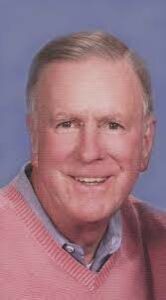 Published obituary: Neal Michael McLane, 80, of Baldwinsville, NY, passed away unexpectedly at Crouse Hospital on Wednesday, with loving family members around, including his spouse of 54 years, Doreen. He was born in Auburn, NY, to Andrew and Florence (Cuddy) McLane. Neal was a graduate of Christian Brothers Academy, Class of 1960 and Maryknoll Seminary in 1966. He married the love of his life, Doreen (Putnam) McLane on October 7, 1967. Neal worked for Byrne Dairy in Syracuse, NY for 35 years, retiring in 2008 as a Vice President and Director of Human Resources. He engaged in numerous volunteer roles with organizations such as Jail Ministry, the Board of Empower Federal Credit Union, and various youth focused athletic and civic programs. Neal was also an active parishioner of Christ the King Church since 1971, serving on multiple committees. All said, the bedrock of Neal’s life can be captured in three words – Faith, Friends, Family. His kindness and compassion were felt by everyone he met. Neal’s life has been deeply guided by his faith in God and his relationship with the Catholic Church. His friends meant the world to him. Whether playing bridge, golf, talking or listening, Neal loved his friendships. The greatest love of Neal’s life was his wife Doreen, and their family. Neal and Doreen were a “marriage made in heaven.”

The Society obituary for Philip will soon be available on the Maryknoll Mission Archives website under Biographies > Deceased Fathers and Brothers. 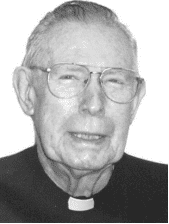 The Society obituary for James is now available on the Maryknoll Mission Archives website under Biographies > Deceased Fathers and Brothers.